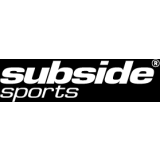 Kampagner » Sports, Beauty & Health » Subsidesports (NL)
Subside Sports is one of the largest providers of soccer franchising in the world. The international soccer specialist Subside Sports was founded in 1997 and supplies soccer shirts, limited editions of soccer articles and exclusive soccer products from all over the world. From clubs as well as national teams from Europe, Asia, Africa and North and South America.

Subside Sports distinguishes itself by the wide and deep range of soccer shirts, soccer shorts, soccer stockings, tracksuits, scarves, hats and other fan products. Subside Sports also has a casual and teamwear environment, in which the casual clothing of different soccer and sports brands can be found: an example of this is the extensive adidas Originals, COPA and FCLOCO collection.

The affiliate program of Subside Sports

The assortment of Subside Sports consists of more than 6000 different products, divided over 700 categories. Subside Sports: The largest selection of soccer shirts & merchandising worldwide!.
In short, Subside Sports is the ideal advertiser to promote through your website and/or email file. Sign up now!

This website uses cookies to improve your experience while you navigate through the website. Out of these, the cookies that are categorized as necessary are stored on your browser as they are essential for the working of basic functionalities of the website. We also use third-party cookies that help us analyze and understand how you use this website. These cookies will be stored in your browser only with your consent. You also have the option to opt-out of these cookies. But opting out of some of these cookies may affect your browsing experience.
Necessary Altid aktiveret
Necessary cookies are absolutely essential for the website to function properly. This category only includes cookies that ensures basic functionalities and security features of the website. These cookies do not store any personal information.
GEM & ACCEPTÈR