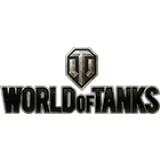 Kampanjer » Games & Esports » World of Tanks
World of Tanks puts you in command over 500 war machines from the mid-20th century so you can test your mettle against players from around the world with the ultimate war machines of the era. Command everything from legendary Shermans, Churchills, Tigers, and T-34s (all with a rich battlefield history) to vehicles that boasted feats of engineering design that never reached the production line.

In World of Tanks, master the art of armored combat across dozens of maps, bringing historic locations from all over the globe to life and guaranteeing diverse tactical gameplay. The game already has over 180 million devoted fans worldwide.

So Roll Out with us!

Why promote World of Tanks?

This website uses cookies to improve your experience while you navigate through the website. Out of these, the cookies that are categorized as necessary are stored on your browser as they are essential for the working of basic functionalities of the website. We also use third-party cookies that help us analyze and understand how you use this website. These cookies will be stored in your browser only with your consent. You also have the option to opt-out of these cookies. But opting out of some of these cookies may affect your browsing experience.
Necessary Always Enabled