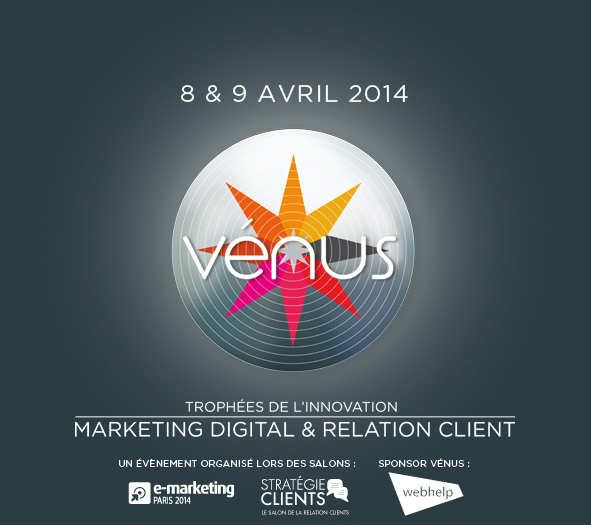 Daisycon is competing for a “Venus Trophée 2014”, the highly regarded French e-commerce innovation award. Daisycon has submitted their “Dedicated Promotion Code”, an innovation which further increases the possibilities and benefits for both advertisers and publishers using promotional codes.

Both online and offline promotions possible

Furthermore, the Dedicated Promotion codes can be published cross-medial, both online and offline, e.g. in print and outdoor advertising. Due to their uniqueness, the commission will be attributed to one publisher that has been assigned the Dedicated Promotion Code. The Venus Trophies are awarded during the E-Marketing 2014 expo, taking place in Paris’ Porte de Versailles venue from April 8th until April 10th. Daisycon is present during this expo as an exhibitor.

Throphies are being awarded in seven different e-commerce categories, Daisycon is competing in the “e-publicité” category. Votes are casted by both the visitors of the expo and a professional jury, consisting of e-commerce professionals from corporations such as Microsoft, Sony and Twitter.

Support Daisycon: cast your vote during the expo

Are you attending the E-marketing Paris expo? Don’t forget to cast your vote and support Daisycon. Voting can be done at one of the many Venus Trophy hostesses present during the expo. Or visit Daisycon at stand C6 and directly cast your vote there.